The nature of religious faith is quite mysterious. As part of their religious faiths, people believe in a variety of deities. There are people who have religious faith in the unseen supreme transcendental power and then there are others who believe in some humans as Gods, animals (e.g. monkeys), fire, idols made of stone, and the list goes on.

A lot is associated with having a religious “faith”. Part of it has to do with beliefs passed on through generations. People’s identities therefore get tied to it. Many times, these beliefs and associated feelings are not completely demonstrable by reason or any rational arguments. There is nothing right or wrong with this but that’s just how the nature of religious faith has come to be.

Everyone thinks they are right in their faith and beliefs. Being with peopleand groups with similar faiths further strengthens people’s faiths and they see it as “right” even though logical reasoning and argument sometimes can’t explain it all. That’s human psychology.

Islam’s arguments based on intellectual reasoning

Muslims believe however, that the Islamic religion is different in this context. One may argue that similar to other faiths there are aspects of it which are not completely demonstrable by reason but on the other hand, the Quranic text, which is Allah’s words addressing the humanity at large, uses intellectual reason, critical thinking, and the process of reflection as a means to not only reinforce the faith of the believers but also to call non-believers to ponder about the authenticity of Islam as the way of life for the humanity at large. Although no religious beliefs can be fully based on logic and reasoning, Islam and Quran provide more than enough examples and an opportunity to examine the truth and the soundness of its message through the lens of empirical evidence and knowledge.

No one (Muslim or otherwise) would argue that critical thinking and reflection can be a major catalyst for changing of ones life. Critical thinking has been used by many to improve their lives simply because a critical thinker asks probing questions about a situation, collects as much information as possible, reflects on the ideas collected and generated in context of the information available, keeps an open and unbiased mind and carefully scrutinizes assumptions and seeks alternatives.

This is the reason therefore that new Muslim converts would attribute the use of intelligent reasoning, reflection and critical thinking when explaining their journey to Islam. Such people cut through the hysteria created by some in the media to view Islam from a critical lens and following the truth thus comes naturally to them as part of this process. How else can one explain the increase in conversions with the increase of anti-Islam rhetoric? How else can one explain that more non-Muslim preachers have been converting to Islam than ever before? Although as Muslims we believe that the guidance (hidaya) comes only from Allah, the use of a person’s God-gifted intellectual reasoning has a very powerful role to play in Muslim converts making that destiny changing decision. And once converted, they rarely go back to their old faiths simply because a faith whose foundations are built on logic and reason is much less likely to be shaken down than one which builds simply upon a set of rites and sacraments.

Some of the reasons attributed by people who convert to Islam are listed below. We can see that most of these reasons can only be attributed to the process of critical thinking and intellectual reflection.

Quran’s challenge to people on thinking and reflection

The Quran on numerous occasions challenges humanity at large to think, reflect and ponder over their affairs. Here is some of what the Quran states:

When studying the many cases of new Muslim converts, we see that engaging in critical thinking and intellectual reasoning have led people to change their non-Islamic faiths – the same faiths that earlier supposedly could have moved mountains, get diluted by the voices of reason easily heard in the roots of Islam. A mere process of thinking and reflection brings so much to the limelight that otherwise remains veiled by distractions and forces of the anti-Islam pundits. Those who are bent to see only the negative, fail to see the light of truth and instead engage in a never ending superficial analysis to unsuccessfully prove their misguided philosophies.

There are many statistics in the media that highlight the phenomenal rate at which people are converting to Islam. Although, the authenticity of all these sources has not been validated for the purpose of this post, some of them include the following:

If voices of reason embedded in the teachings of Islam are causing non-Muslims to revert to Islam in droves, why is it that so many Muslims usually born into the religion fail to fully follow and thus enjoy the teachings of the religion? The fact is that it is this lack of critical thinking and reflection even on some Muslims part that is forcing Muslims to have a substandard way of life. Islam and its teachings hold the promise of a fulfilling and peaceful life for all. Yet, Muslims continue to ignore the basics and get mired in social and moral issues causing unnecessary pain and suffering on themselves and their families. The fact is that only if they could think and reflect on the teachings of their own religion, they can escape the many problems and challenges that face them. 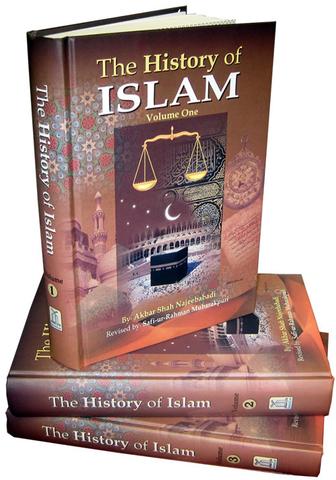 To non-Muslims who have only scratched the surface about learning Islam and who may be getting distracted by those who are the wrong torch bearers of this religion and also distracted by the biased voices in the media, the message is simple – try to view the teachings of Islam with a critical lens and you may be able to see more reason than you may not have thought was present. To Muslims, the message is that sometimes we do not appreciate the teachings of our own religion simply because we never think and grow beyond the few religious practices in operating our lives. A focused effort to learn, think and reflect more will help us get closer to the religious teachings in ways that can drastically improve our lives. 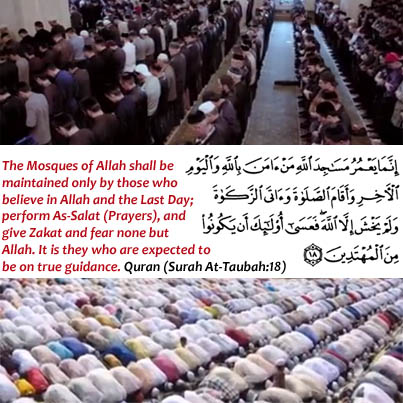 Leah Sharibu: A Christian made my day By Bashir Lucas Samson Lukman

TREATMENT OF WOMEN IN ISLAM