Mapping countries that are hosting the fleeing Rohingya Muslims from Myanmar.

Hundreds of thousands of Rohingya Muslims have fled to neighbouring Bangladesh from Myanmar since October 2016, when the military launched a crackdown in the wake of a deadly attack on an army post.

The UN said in a report that Myanmar’s army and police had committed mass killings and gang rapes of Rohingya in northern Rakhine State in a campaign that may amount to crimes against humanity and ethnic cleansing.

The recent exodus of Rohingya, who have been stripped of their citizenship and face widespread discrimination, has once again brought their plight into the international spotlight.

About one million Rohingya have fled Myanmar since the first brutal military action in 1977. The majority have taken refuge in Bangladesh, but other countries in Asia and the Middle East have opened their doors to one of the world’s most prosecuted communities. 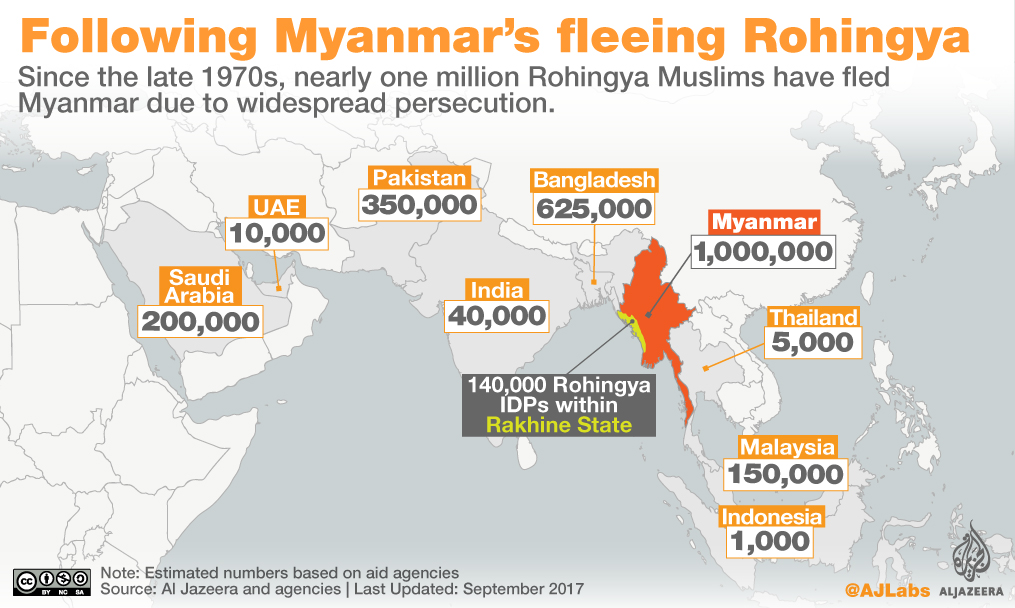 Bashir Lucas Samson Lukman - Wed 18 Shawwal 1438AH 12-7-2017AD
0
Palestinians spend time on a beach in a warm weather in Gaza City A report by the United Nations says living conditions in the...