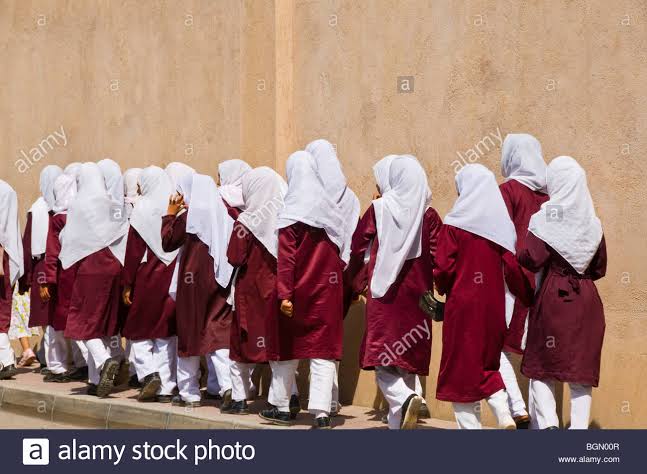 I remember being a new student at the prestigious Federal Government Girls’ College, Oyo in the year 2009. Hijab being part of the school uniform was a thing of delight to me. Aside that, we would on Fridays don a special wear for Jumu’ah. Our pairs of trousers almost covered with a lengthy top weren’t without hijab.

Although, I was a Science student but I took Islamic Religious Studies as my twelfth subject. It was during one of the IRS classes I was availed the saddening story of how hijab came to stay in the school.

We were told the sacrificial role played by teachers, parents and students. It was said that students were suspended and expelled. What’s their offence? They sought to wear hijab on their uniform – a fundamental right backed by law. Justice, alhamdu lillaah, later took its cause after many had been unforgettably tormented.

It was added that aside our school (FGGC, Oyo) and a sister-school, FGC, Ogbomoso, no other unity school has got this privilege. The deprivation, disenfranchisement remained as such till I graduated in 2012.

My heart was gladdened again and Islamic hope brightened when another big news of victory got to me some days ago.

I heard that after a three year peaceful, intellectual struggle in Federal Government Girls’ College, Sagamu, Ogun State, the authorities of the Ministry of Education finally approved the use of hijab in the school. Allahu Akbar!

While I was about counting them as the third to achieve this, I was told the unity school in Ijebu-Imushin had earlier achieved this seemingly impossible feat, too. Alhamdu lillaah!

In southwestern Nigeria, FGGC, Sagamu will be the fourth school out of the 104 unity schools in the country where hijab is worn on uniform. While I am aware of the ongoing struggles in FGC Ikirun, FGGC Omu-Aran, FGC Odogbolu and a host of others, several letters that had been written to principals, the silent replies, excuses and threat-like responses, I implore all parties involved to be persistent and keep hope alive that Allah will grant us victory.

I felicitate with the Muslim community in FGGC Sagamu and all the beautiful Queens who will from now on wear their crowns in pride!

Your Angry Child is not Aggressive (1)

The Religion Of Abraham

Knowislam.com.ng is an online platform solely for affairs about Islam. Its Da’wah-minded members strive daily in propagating Islam and most importantly, correcting the many misleading broadcast contents about the Deen around the world.
Contact us: [email protected]
© Designed By Tes Sal Powered By Knowislam.com.ng
MORE STORIES
Being a Muslimah