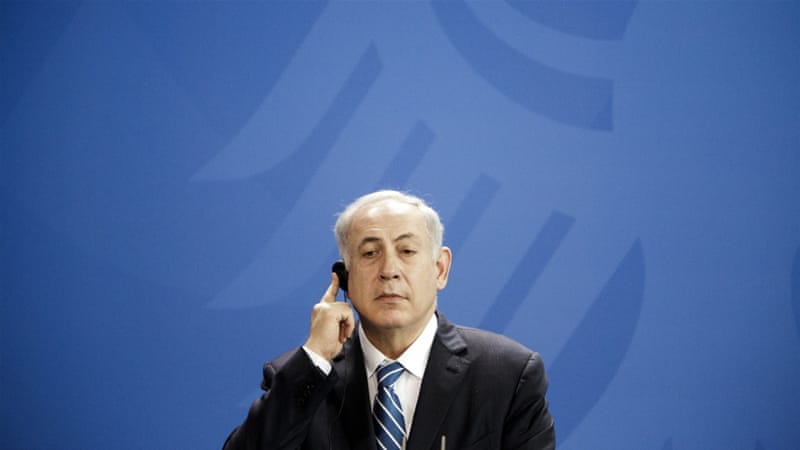 The presence of Israeli Prime Minister Benjamin Netanyahu at last month’s Economic Community of West African States (ECOWAS) summit in Liberia was a clear sign of strengthened ties between Israel and the African organisation.

The Israeli prime minister became the first ever non-African head of state to address the ECOWAS summit.

“I believe in Africa, I believe in its potential – present and future. It is a continent on the rise,” Netanyahu said during his speech in Monrovia, adding that he had made strengthening Israel’s ties with the continent a top priority.

But Netanyahu’s presence at the summit, coupled with the absence of any Arab leaders, sent a clear diplomatic message.

Traditionally, Israeli leaders have not been well-received in Africa. North African states have Muslim majorities, close ties with the Middle East, and are supportive of the Palestinian cause.

Sub-Saharan African states fell out with Israel in the wake of the 1973 October War, referred to by Israelis as the Yom Kippur War.

But since 2016, Netanyahu has pursued a campaign of rapprochement with African nations, in the hopes of strengthening ties and winning African support for Israel.

Before his visit to Liberia, he said that his goal was to “dissolve this majority, this giant bloc of 54 African countries that is the basis of the automatic majority against Israel in the UN and international bodies”.

He is scheduled to return to the region in October to attend an Africa-Israel summit in Togo, where he is set to meet with leaders of 25 African countries to discuss cooperation in the areas of technology, development and security.

There are several main motivators behind Israel’s interest in West Africa.

Israel has seized on the appearance of “jihadi groups” in West Africa over the past few years as a golden opportunity.

The threat has provided a convenient opening to brand Palestinian resistance movements as “terrorists”, and to paint them in a similar light to violent West African movements.

In doing so, Tel Aviv has taken advantage of the fact that Africa’s political elite, swayed by Western media advancing an Israeli agenda, may not possess a deep knowledge of the Arab-Israeli conflict.

Israeli officials who have visited Africa in recent years have focused on equating resistance with “terrorism”. Defence Minister Avigdor Lieberman described Palestinian resistance movements, including Hamas and Islamic Jihad, as “terrorists” during a 2010 visit to the Nigerian capital, Abuja, when he was Israel’s foreign minister.

This was done to rein in sympathy for the Palestinian cause among the majority-Muslim ECOWAS economic bloc, which represents a quarter of Africa’s inhabitants.

West Africa is also seen as a hub for the Lebanese community accused of financing Hezbollah, whose foreign funding has been a long-standing point of concern for Israel. Israeli intelligence and economic influencers have focused on the countries most prone to this Lebanese influence, such as Liberia and Cote d’Ivoire, establishing a number of investment institutions and encouraging Israeli businessmen to invest.

It has also set up security companies that collect intelligence on the presence of Hezbollah supporters in the country, while an Israeli-Canadian company, Visual Defence, handles security at Abidjan’s international airport and port, making the flow of individuals and goods through the country subject to Israeli monitoring.

Israeli trade with West Africa is still weak, as it has relations with only a few countries in the region. A 2015 report by the Israeli Export Institute found that Israeli exports to Africa represented only 1.6 percent, while imports from Africa were 0.5 percent.

This means that Israel has yet to take significant advantage of the 340 million-strong consumer base of the ECOWAS bloc, as well as its economic potential and varied natural resources.

But Israeli diplomacy over the past few years has paved the way for further progress.

On a visit to Africa seven years ago, Lieberman said that Israel was intending to enter the ECOWAS region in a strong and active manner, noting that friendly African nations, such as Nigeria and Ghana, would play a large role in facilitating the building of ties between Israel and ECOWAS.

Israel’s presence in West Africa is neither deep nor historical. However, Israel does have good relations with influential countries such as Nigeria, having formed a relationship after its independence from Britain in 1960.

Israel was a generous supporter of Nigerian separatists in the Biafran War of 1967 and has a large and economically influential community there. Tel Aviv has established important economic installations in the country, such as the huge construction firm Nigersal, and the electrical and mechanical engineering firm Etco Limited.

Israel also has strong relations with Ghana, cemented by then Israeli Foreign Minister Golda Meir’s attendance at Ghana’s independence celebrations in 1957. The founding father of Ghana, Kwame Nkrumah, who was raised in Protestant missions that believe in the return of the Jews to Palestine, was also influenced by the thinking of pro-Israel Jamaican activist Marcus Garvey.

The influence wielded by these two countries on decision-making in ECOWAS, as well as the strong relationship between Tel Aviv and President Alassane Ouattara of Cote d’Ivoire, doubtless contributed to the warm welcome Netanyahu received at the recent summit.

READ MORE: ‘It’s OK to be racist in Israel’

After a period of neglect, Israel wants its return to Africa to be built on solid foundations.

It has limited its focus to security, military and economic aspects, with a special emphasis on the economy in countries where it will not be able to achieve much popularity among the mostly Muslim populations.

For example, agriculture is a key aspect of the relationship between Israel and Senegal. By focusing on agriculture, Israel not only hopes to penetrate an economy that relies heavily on farming, but also to gain a foothold in the more conservative rural areas of Senegal, where 95 percent of the inhabitants are Muslim and 70 percent rely on agriculture or herding.

The upcoming Africa-Israel summit in Togo this October represents an advanced stage of normalisation between Israel and West African countries, in a vein similar to previous French-African, Indian-African, Chinese-African and Turkish-African summits, all aiming to establish economic influence.

Africa’s level of acceptance of Israel will depend on the size of its economic investments, the money it will be able to pump into regional infrastructure projects, and whether Netanyahu will fulfill his promise to spend $1bn in the region to improve green energy projects over the next four years.

An absence of Arab policies to contain Israeli influence in this region may allow Israel to expand its African footprint to other countries, such as Mali, Niger and Guinea.

North African nations such as Morocco, Mauritania, Tunisia and Algeria have failed to capitalise on the common historical, cultural and social ties that bind them with the West African region, which may contribute further to Israel’s rise in the region.

Still, Israeli penetration of the region will not come without challenges: West African regimes may worry that a close relationship with Israel could make them a target for armed Islamist groups, whose attacks have become a major source of concern for ECOWAS leaders.

Sabon Gari: The Science of Tolerance