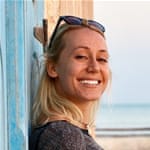 Doha, Qatar – Shortly after Saudi Arabia shut Qatar’s only land border earlier this month due to a diplomatic spat between Gulf countries, residents in the Qatari capital flooded supermarkets in search of supplies.

Many stocked up on products from Almarai, a Saudi Arabia-based dairy company and the largest in the Middle East, fearing the blockade’s implications on an arid nation that imports 80 percent of its food.

But with countries like Turkey and Iran stepping in to ensure Qatar’s grocery stores remain full, many now can’t stomach the idea of consuming milk coming from their Gulf Coordination Council (GCC) neighbours.

“The people are all asking me where the products are from. If I say to them Saudi or Dubai, they don’t take,” said Ranjit Kumar Pulami, a salesclerk at Al Meera grocery store in Doha.

“I don’t buy those products,” said Fahad Jassim Al Tamemi, one of many shoppers boycotting products coming from countries beefing with Qatar.

“Suddenly, we went from people who gave a lot of s*** about having fresh milk in our cappuccinos to us drinking Turkish milk, which does taste weird – let’s be honest,” said Hessa, 22, a Qatari woman who claims her family and neighbours all threw out the Saudi products they hoarded.

“But we still say, ‘We love it! Turkish milk is great! We don’t need Saudi products!'”

His mother was tempted to buy the Almarai milk because of the steep discounts, he says. “But then my sister gave her a dirty look.”

Consistent with Qatar’s decision to take no retaliatory measures against the Arab countries sanctioning it, state media is refusing to egg on the drama.

In an interview on the Saudi-owned Al Arabiya news channel, one political analyst said Qatar would “give in” due to citizens’ inability to adjust to Turkish and Iranian foods.

The interview provoked a widely shared image on social media of a Qatari man licking his milk-moustache.

“It’s been said that Qatari stomachs can’t handle Turkish milk. What do you say?” the image’s Arabic text reads.

Then, playing on a popular American advertising campaign and using the Turkish word for milk, it asks below: “Got Sut?”.

“They don’t interest me any more because you see what they say and are doing. You feel worse if you buy from them.”

While the Saudi milk left in Qatari fridges may be going sour, relations between the GCC states remain in a similar state, and the nationalism displayed by Qatar’s residents ends with the stomach.

“This is really the only way you can show that you’re giving back,” said Hessa.

“There’s nothing else we can do. We can’t go out on the streets. We can’t write petitions. This is the only way we can do it, by buying Turkish milk.”

RAPE: Between Noise and Awareness By Bashir Lucas Samson Lukman

OUR VOICE HAS COME

What is meant by lowering the gaze ?

Knowislam.com.ng is an online platform solely for affairs about Islam. Its Da’wah-minded members strive daily in propagating Islam and most importantly, correcting the many misleading broadcast contents about the Deen around the world.
Contact us: officialknowislam24@gmail.com
© Designed By Tes Sal Powered By Knowislam.com.ng
MORE STORIES
Middle east