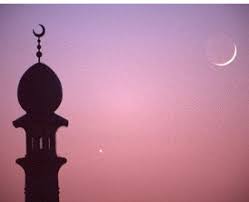 Not only that, there is not a single source that shows any Muslims including the first Muslims in Mecca worshiping the moon.
So just with that information we have there we can simply lay this argument to bed, because the burden of proof is not
on the Muslims to prove that our God is not a moon God, rather the burden of proof is on those who claim that our God
is a moon God.

The person who is making the claim must at least bring some evidence from Islamic sources (Quran, Hadiths, Tafisr etc) that the God of Islam is a moon God. So far what we have is an argument from silence, which is made up of simple assumptions and personal assertions not backed up by any evidence.

Now even though the burden of proof is not on me to prove that the God of Islam is NOT a moon God I shall still go ahead
and do it. It is rather very easy to prove that Allah is not a moon God, and we don’t have to go into fancy works and
books to try and prove this like some others have done, at the end of the day, we have the very best book there is
which is the Noble Quran, so, we should simply see what it tells us regarding the matter and conclude from there.

Basically, all I have to show from the Quran is a direct command from the Quran that tells us to NOT worship the
moon, if I can produce this verse then the argument is closed and finished.

It does not make much sense that we Muslims worship a moon God when our God in the Quran tells us to not worship
the moon now does it? Off course not.

Here is the direct command of the Noble Quran that we Muslims should not
worship the moon:

041.037 YUSUF ALI: Among His Signs are the Night
and the Day, and the Sun and the Moon.
Do not prostrate to the sun and the moon,
but prostrate to Allah, Who created them, if
it is Him ye wish to serve.

So the verse is very clear that we Muslims should not worship the moon nor the sun, and that the moon is a creation of Allah.

Let us read Ibn Kathir’s tafsir of this verse:

Here Allah reminds His Creation of His power, and that He is the One Who has no equal, and He is Able to do all things.
Allah’s saying; (And from among His signs are the night and the day, and the sun and the moon.) means, He created the night with its darkness and the day with its light, and they alternate without ceasing. And He created the sun with its shining light, and the moon with its reflected light and He allotted their stages and gave them separate orbits in the heavens, so that by
the variations in their movements man may know the stages of night and day, of weeks, months and years, and time periods related to people’s rights, acts of worship and various transactions.

Moreover, because the sun and moon are the most beautiful of the heavenly bodies
that can be seen in both the upper and lower realms, Allah points out that they
are created entities which are in a state of enthrallment to Him, subject to His dominion and control. So He says:

So it crystal clear that the moon is a creation of Allah and that it should NOT
be worshiped.

Tales From The Qur’an: The Boy Whose Death Was a Blessing

"OVERSIMPLIFICATION" OF 'AQD: THE BANE OF MUSLIM MARRIAGE by Sirnucy Lafiagi

Lawal A. Arishekola - Mon 9 Shawwal 1438AH 3-7-2017AD
0
On our way back from Leo two days ago, we examined some of the issues ravaging Muslim marriages, tearing families apart, and destroying the...