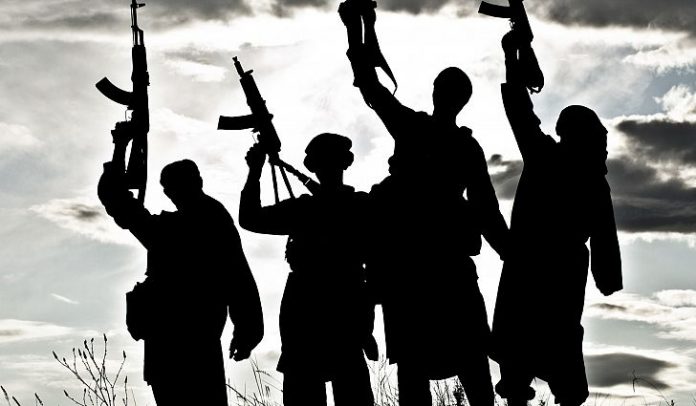 When Mohammed Nazi, BBC Afghan’s driver was leaving his abode on Wednesday, May 31, day 5 of Ramadan (Muslims holy month of fasting), little did he know that his time on earth was about to come to an end. The father of one was caught up in a suicide attack that killed at least 80 people outside the German embassy in Kabul.

The carnage came hours after a twin blast hit the city of Baghdad, the capital of Iraq, where 27 civilians mostly children lost their lives while 37 others sustained various degrees of injuries. The victims were about to break their fast on Ramadan day 4 outside a popular ice cream shop when the unfortunate incident happened. As if that was not enough, another explosion killed 11 and wounded 41 at a busy market area near the retirement government agency, full of elderly people and poor fish traders.

It’s unfortunate that the senseless murders are taking place in the blessed month of Ramadan and pathetically, the attacks (excluding the Afghan) were carried out by a deadly terrorist group, al-Dawla al-Islamiya fi al-Iraq wa al-Sham (DAESH otherwise known as ISIS), who use Islam as a smokescreen to commit disgusting acts diametrically opposed to the pristine teaching of Islam.

Back home in Nigeria, Boko Haram, a terrorist group that recently but purportedly pledged allegiance to DAESH struck again few days before (May 24) and during Ramadan (May 30), killing no fewer than 21 people in two separate attacks near Chibok in Borno State.

In her quest to establish its own brand of ‘Islamic state’ in the country, the group of brainwashed youths has inflicted devastating catastrophe on Nigerians, killing indiscriminately, Muslims and non-Muslims, destroyed mosques, churches and properties worth billions since it embarked on its killing spree years ago.

Sanctity Of Life In Islam

The noble Qur’an and the prophetic traditions otherwise known as Hadith are the two main sources of Shari’ah in Islam. These divine books display extraordinary respect for human life, irrespective of religion, tribe or colour.

In another verse, Allah warns against unjust killing even if it’s one soul (Qur’an 17: 32). Even in war, what the Westerners call collateral damage (incidental killings of non-combatants) is haraam (completely forbidden) in Islam and this was practised in several wars fought by the Prophet Muhammad and his companions. The prophet of Islam instructed the Muslim soldiers not to kill monks in monasteries, those who sit or take refuge in a place of worship, old people, children or women.

Unfortunately, the US Coalition that claims to be fighting Al-Qaeda in Afghanistan, DAESH in Iraq and Syria have killed hundreds of thousands of mostly vulnerable civilians. The Saudi-led Arab Coalition bombardment of Yemeni-Houthi rebels have led to death of innocent children, aged men and women, which the Shari’ah forbids.

A decade-long blockade imposed on Gaza, Palestine by the Israeli regime was responsible for the harsh economic crisis going on in the region, whose victims are the vulnerable ones. Similarly, the Nigerian military has been severally accused by Amnesty International of murdering civilians while fighting Boko Haram insurgents, the claims they have denied. The list is endless.

If mankind desires a permanent peace where people of different religions can live as a nation, then we must be ready to uproot the hydra-headed monster called INJUSTICE which brings about chaos in the society.

Justice must be pursued even if it’s against you, parents, kin, tribe, rich or poor as established in the Qur’an 4:13.

The crises and the massacres in the world today would not have been if the leaders and the led stand out firmly for justice. For instance, it must be established that military action alone cannot uproot the menace of Boko Haram insurgency in North East Nigeria. People need political and economic justice. Once the brainwashed youths are rehabilitated and engaged through empowerment programmes, there will be no available hands to be used for criminal activities, because “an idle mind is a devil’s workshop.”

Allah created mankind in peers (male and female) and made us into nations and tribes so that we can live together in peace as stated in Qur’an 49: 13. It is not a licence to kill or take the lives we can’t create.

The unrest and chaos in the world are more political than religion. They are concomitant consequences of supremacy battles among Muslim countries in part, and the world leaders on the other. It’s therefore unjust to brand Islam and its adherents, about 1.5 billion, in the world ‘terrorists’ or ‘extremists’ because of some misguided and idle youths, who cut-across other faiths.

Few days ago, Nigeria press reported the brutality of fasting Muslims inside Ikun-Ekiti Central Mosque by Egungun terrorists who hid under masquerades. They inflicted various degrees of injuries on the worshippers and destroyed properties worth millions.

Despite the fact that the Muslim community complied with the illegal curfew by leaving their women at home during their Egungun festival, they still invaded the mosque and attacked Muslims for daring to call to prayer which also served as an announcement for the breaking of fast.

Peace and tranquillity cannot reign where there is injustice. And to avoid future occurrence, the perpetrators must be apprehended and brought to book. No citizen, under the camouflage of culture and tradition, has the right to take the laws into his/her hands, in a society where there exists a leader.

A world-renowned public intellectual, Noam Chomsky, one of the most cited thinkers in human history said: “Everybody worries about stopping terrorism. Well, there’s a really easy way: stop participating in it”

Johnson Ayomide - Thu 26 Rabi Al Awwal 1439AH 14-12-2017AD
0
ON HIJAB, LAW SCHOOL & CALL TO BAR. “Meanwhile sources at the ICC stated that before the ceremonies were to begin, all Muslims were respectfully...