“I thought I was having a heart attack. I didn’t know what was wrong with me.” Jamilla Hekmoun, a 26-year-old British Libyan, was in the Jordanian capital, Amman, when she suffered her worst panic attack.

“I remember the moment I went to hospital and my heart was racing.” A second-year university student living thousands of miles away from her friends and family, she says she felt “anxious and alone”.

That was in 2013. She was eventually diagnosed with anxiety and depression around two years later. She is now the founder of Mental Health for Muslims, an online space dedicated to promoting mental wellbeing among British Muslims and the lead author on a recent report that found more than half of young British Muslims have suffered poor mental health, and around a third have had suicidal thoughts.

The report was based on a survey conducted by the UK charity, Muslim Youth Helpline. It revealed that 32 percent of young British Muslims have suffered suicidal thoughts at some point; 52 percent have suffered from depression; and 63 percent have struggled with anxiety. By contrast, only 16 percent of people in the nation as a whole report experiencing a “common mental disorder” such as depression or anxiety in any given week.

There is some evidence that rates of depression are higher in the British Muslim community than the general population and that Muslims are less likely to seek treatment, but definitive statistics are hard to come by as National Health Service (NHS) data does not include information about religious groups.

It does, however, have some information about the 15 percent of the population who are from black, Asian and minority ethnic backgrounds. At the time of the 2011 census, nearly 75 percent of Muslims in Britain were from an Asian ethnic background, with smaller percentages of Black African, Arab and white British Muslims. The latest NHS figures show that adults from black, Asian and minority ethnic communities are less likely to seek and receive treatment for mental health disorders.

More than 1,000 British Muslims, aged between 16 and 30, completed the survey. The majority reported having a negative experience with health care providers.

‘You can’t be Muslim and depressed’

Hekmoun had suffered from anxiety since she was a child but struggled to recognise that her symptoms were a sign of ill health.

As she grew older, she started to worry that her symptoms were a sign that her faith was not strong enough.

When an NHS doctor advised her to take antidepressants, she felt uneasy; worried that it might affect her faith.

The next day she visited her local imam and told him: “I have read you cannot be Muslim and depressed.”

Hekmoun says he replied: “You wouldn’t be coming to me and saying that if you broke your leg. But you’re saying this over a mental health issue; do what you need to make yourself better.”

Sahar Beg is a counsellor and psychotherapist who says seeking help for mental health issues can be a daunting task for anyone but can be especially so for Muslims.

“Within the Muslim community itself, they can face a lot of challenges that makes it more difficult [to seek help], including a word I don’t like to use – ‘stigma’. They also worry about [what] their families and community as a whole [will think].”

Hekmoun felt supported by her imam’s response but many Muslims report feeling differently.

Faayza Haq is a 32-year-old optometrist from Glasgow. As a South Asian woman diagnosed with depression, she says seeking help within her Muslim community can be overwhelming.

Some local Muslim leaders, she says, feed the stigma around mental health issues by suggesting they are a result of a lack of faith. “Getting help from your local imam can be all about lecturing and making you feel guilty. It doesn’t feel very inviting and as a woman, I don’t think they can help with my issues whether it’s marriage or the state of my faith.”

Safiyya Dhorat is a chaplain who provides pastoral care at Ebrahim College, an Islamic Institute in East London. She says few local religious leaders have the necessary training to help those suffering from mental health issues.

Dhorat explains that there is a framework within Islamic theology that emphasises the importance of mental wellbeing in Islamic tradition, pointing to the work of prominent Muslim thinkers such as Muhammad ibn Zakariya al-Razi (854-925), who wrote ‘Al-Tibb al-ruhani’ (The Spiritual Physick).

“The issue isn’t about religious evidence; it’s more about the reasons and experience behind the individual’s declining mental health and tailoring those with the right scripture to deal with their psychology and situation.”

For Haq, seeking help through mainstream health services felt just as daunting as reaching out to religious figures for help.

“A lot of the cultural concerns I have, they [the therapists] don’t understand. The issues we have, such as marriage, faith or fasting, are hard to explain to someone who isn’t Muslim or Asian.

“One of my therapists was quite dismissive about the pressure of marriage, she just said don’t get married. So, the whole session you end up explaining things to them [from your cultural perspective]”.

It can also be difficult to find people in the community who are understanding.

“Three years ago, [when I was unwell] my parents were looking for a [proposal] and wanted me to get married,” Haq explains.

“But it’s been difficult because potential spouses can suddenly be weird when they know you have a mental health condition like depression.”

Haq later found a Catholic therapist who helped. Despite coming from a different background, she says this therapist understood the importance of faith, marriage and culture.

A new therapy for Muslim patients

The lack of culturally sensitive therapy available was one of the key motivations behind the creation of a therapy scheme that embraces religion for Muslim patients known as Adapted Behavioural Activation.

The new therapy method highlights religious passages that address mental wellbeing and illustrates that even those with a “strong faith” can be depressed.

It was pioneered by Dr Ghazala Mir at the Institute of Health Sciences at Leeds University. The NHS has provided the service to several therapist teams in the north of England and there are plans to launch it in countries with larger Muslim populations.

“Muslim patients have unmet needs in the current [mental health system] – they are under referred to therapy services. When they’re in therapy services, they don’t get the same outcomes, they get worse outcomes,” Mir explains.

“They face all the kinds of determinants [that could lead to poor] mental health…[including] high levels of racism towards the Muslim community in the UK.”

Last year, nearly half of religious hate crimes recorded by the police in England and Wales targeted Muslims. And there is evidence that racism, including Islamophobia, can impact an individual’s overall mental health.

And, Mir believes clinical settings can also reflect that racism and Islamophobia.  “You get therapists who also have [negative] stereotypes about Muslims,” she says. “This is not because they want to, it’s just the association is so common within culture at the moment and it affects therapists as well.”

Sometimes that combination of negative stereotypes and a lack of understanding can have severe consequences. And it is not only therapists who struggle with it. Paramedics and police officers are often the first responders when mental health issues arise. 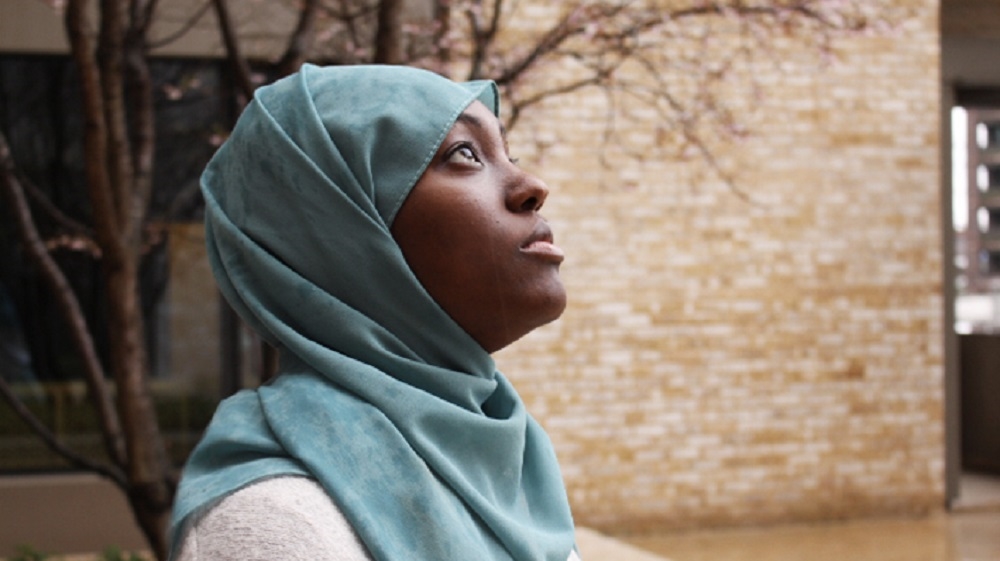 Azeezat Abodin is a 28-year-old counselling student who was sectioned 10 years ago under the UK’s Mental Health Act in London. Prior to this, she had never even been assessed by mental health specialists.

As a British Nigerian, Abodin’s sectioning reflects the pattern of disproportionate detention experienced by black patients in the UK. The 2019 annual Mental Health Act report from the NHS states that “black or black British” individuals are four times more likely to be detained than their “white or white British” peers.

Abodin was detained after her family called the police, believing that she needed help. She recalls the police arriving, her belief that they were spiritual beings and her attempts to spit three times. “I felt really scared. I remember the police coming, trying to detain me because it seemed I was just spitting at them.

It is a religious tradition among some Muslims to spit three times to seek refuge from the devil, but for the police and paramedics on the scene it was interpreted as evidence of a severe breakdown.

Abodin was handcuffed, transported to a hospital and detained under the Mental Health Act. Ten days later she was diagnosed with Bipolar disorder.

Abodin says she understands why the police and paramedics reacted as they did but felt “violated”.

Kairo Maynard, a mental health clinician, says: “[Data] shows that black people are the highest to be sectioned under the Mental Health Act, yet [among] the lowest to receive care.”

The over-use of detention, Maynard says, could be one of the reasons why individuals in the “black community may not want to seek help or support if they are experiencing poor mental health”.

The disproportionate use of sectioning “without an offer of treatment takes away the individuals’ humanity,” she adds.

Ten years on, Abodin says that despite the negative experience her eventual diagnosis was a source of empowerment because it allowed her to understand that she was just ill and there was nothing more sinister wrong with her.

“Yes, okay I have Bipolar [disorder] but I don’t think that’s something that I should let define me,” she reflects.

It is this fear of being defined by their mental health issues that means many Muslim men, in particular, do not ask for help. In the survey conducted by Muslim Youth Helpline, 40 percent of young men said they had not spoken to anyone about their latest mental health issue.

Daniyal Gilani, a trustee at the Muslim Youth Helpline, explains: “We [Muslim men] grow up in a way where we have to be strong and masculine and we have never really associated masculinity with being open and honest about your health.”

He joined the helpline after witnessing other Muslim men suffer in silence and experiencing anxiety and paranoia himself.

There is one particular case that stays with him.

Gilani recalls living across from a block of flats in West London three years ago and realising that it was a mental health ward for the nearby hospital. 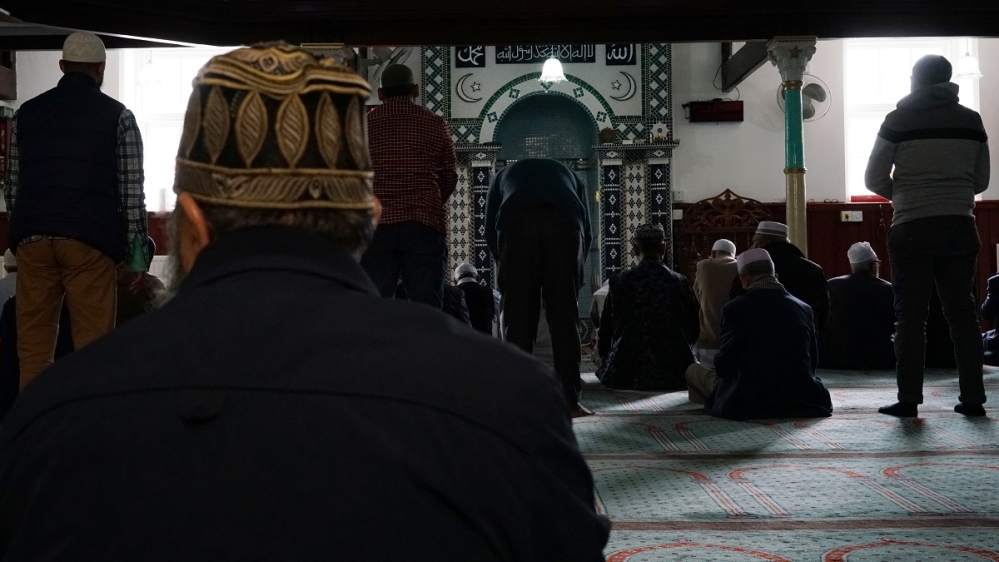 Gilani would watch him and realised that no one ever came to visit him.

“And then he started shouting the Azhan [the call to prayer]. His window was barely open but I could definitely hear it.”

For the next few days, the man and Gilani would signal to one another and start praying simultaneously from afar.

Later, Gilani decided to visit him. Because he was not a relative, he was not allowed to enter. But he left the man, named Bilal, a prayer mat and an English translation of the Quran.

“By the time I got back to my flat he was already crying at the window. He wasn’t upset but overwhelmed with happiness.”

The next time Gilani visited the hospital, he found out that Bilal had killed himself.

It was an experience that shaped him – and the work he does at the helpline.

How to direct acts of ‘Ibaadah to Allah Alone

When the Companions Were Children: An Inspiration for Every Educator

Abdullah Al-junayd - Thu 4 Safar 1441AH 3-10-2019AD
0
Mum was committed to her asalatu group. Her confidence in her sheikh was deep. She would adhere to any spiritual counsel offered by the...