In the Name of Allah, The Most Compassionate,

Islam is a way of life. There is no topic in

life that is not touched.

It is a complete

guide for every believer; from prayer to

purity; from Akeedah to Imaan; from Family to

Business; from Love to Sex.

himself in following Islam.

Allah The Most High says in the glorious Quran:

“O you who believe, enter into Islam

completely and do not follow the footsteps of Satan, Surely he is an open enemy for you” (Qur’an 2:208)

We as Muslims believe in the oneness of Allah, yet fall prey to evil Fitnahs around the

world, the reasons of which are numerous

The addiction to evil has become so easy

that we do not think twice before committing

such sins and become addicted to them.

One of the most disturbing addictions we

see in today’s Muslim youth is the addiction to pornography.❗ 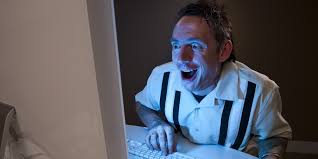 The first thing we must know about it is that it is haram and forbidden.

It may start small but over the time it

becomes uncontrollable. Many of our

hours and even during family gatherings.

My dear beloved brothers and sisters in Islam it

is a slippery slope… the sooner you get a grip

on yourself the better.

The evidence from Quran and Hadith that shows that watching Pornography is haram goes thus:

“Tell the faithful men to cast down their looks and to guard their private parts. That is more decent for them. Allah is indeed well

aware of what they do.

Tell the faithful women to cast down their looks and to guard their private parts, and not to display their charms…so that you may be

Abdul-Rahman, the son of Abu Sa’id al-Khudri, reported from his father:

From the above proofs, it is clear and without doubt that Pornography is evil and should be abstained from.

A Muslim is not the one who is immodest and immoral. He should guard his chastity and protect himself from the hell-fire.

Looking at pornographic stuffs could make one want to commit further grievous and major sins and clearly takes him away from the straight path of Allah Subhana-wa-ta’ala.

How does it affects the married life of a person??

Pornography will and does affect the peaceful and pure relation of Husband and wife at some point of their life.

Many of my brothers and sisters must be even experiencing some of the effects. 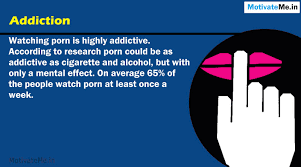 A person who indulges in pornography not only harms his own self, burns his good deeds but also harms the person related to him. It deeply affects the mental and psychological health of a person.

Pornography leads to infidelity (cheating/adultery) because anyone who indulges in it would always want to experiment what he or she has sinfully learnt with others.

In a research conducted by Stack, Wasserman, and Kern (2004) it was determined that a person who committed an

They also found that married individuals who solicited the services of a prostitute were 3.7 more likely to have used internet

From the above research one must take heed and try to protect his/her marriage.

It is a very sorry state of affairs that many Muslim youths are trapped in this evil and many of whom have no idea what is the reason behind their marriages lasting a few months or years.

The more the spouses are intimate the more the synergy between them. Hence anything that will destroy this intimacy must be destroyed first.

Watching pornography or participating in cybersex will make your partner feel and experience betrayal, hurt, loss of self-esteem,

If you are experiencing any of such things or if your interest in your partner is diminishing, look at yourself, introspect.

Try to save your marriage and Aakhira before

your bad habits destroy it❗

The Quran and the end of the universe