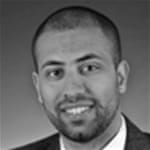 Abdullah Al-Arian is assistant professor of history at Georgetown University, School of Foreign Service in Qatar and author of Answering the Call: Popular Islamic Activism in Sadat’s Egypt.

On May 21, US President Donald Trump headlined a widely celebrated summit in Saudi Arabia bringing together the heads of state of the Gulf Cooperation Council (GCC) and many of their regional allies to affirm their commitment to the never-ending battle against “terrorism”.

Just two weeks later, one wonders whether the GCC will go down as yet another in a long line of failed enterprises that got the patented Trump touch. During the festivities in Riyadh, all participants agreed with the general tenor of Trump’s “terrorism is bad” speech.

They applauded enthusiastically, touched a glowing orb, and returned home committed to fighting their common scourge.

But Air Force One had barely departed Riyadh when the governments of Saudi Arabia and the United Arab Emirates launched a well-coordinated diplomatic and media assault on neighbouring Qatar, attributing false statements to its ruler, banning its news outlets, and accusing Qatar’s government of supporting “terrorism”.

Then on Monday, Saudi Arabia and the UAE were joined by Egypt and Bahrain in severing all diplomatic ties with Qatar. The following day, Trump tweeted his enthusiastic support for the blockade of a longtime US ally, potentially launching the crisis into uncharted waters.

The latest escalation in this regional rivalry represents a combination of settling old scores and aggressively consolidating a unitary vision for the Middle East.

Trump’s expansive view of “terrorism”, shared by his Saudi and Emirati allies, effectively includes any group or party opposed to authoritarianism or occupation, irrespective of whether they engage in actual violence.

Although the Trump administration has stopped short of formally designating the Muslim Brotherhood a “terrorist organisation” thus far, it has endorsed the view that it should nevertheless be treated as one.

As the recently leaked emails of the Emirati ambassador to Washington confirmed, the UAE spent considerable resources lobbying US officials to endorse the 2013 military coup that brought a violent end to Egypt’s revolutionary moment and the tenuous transition to democracy dominated by the Muslim Brotherhood’s political party.

The Emirati ambassador was revealed to have coordinated closely with the most hawkish pro-Israel think-tanks in Washington to promote a view of the Middle East that posits the conservative monarchies, military dictatorships, and Israel as the bulwark against Iranian expansionism and Sunni Islamists.

For its perceived role in promoting the Muslim Brotherhood, hosting members of Hamas’ political bureau, and taking a softer line on Iran, Qatar became a central target of the Saudi-Emirati-Israeli joint lobbying efforts.

Although this conflict has been simmering for the better part of a decade, it is clear from the rapid escalation over the past two weeks that Trump’s visit signalled the green light for the aggressive action by the Saudi and Emirati bloc.

OPINION: Why is Egypt involved in the latest GCC crisis?

Within hours of Trump’s Riyadh speech in which he lauded the anti-terror measures of some of the most notorious violators of human rights in the region, Bahraini security forces conducted one of their deadliest raids in many months, while Egyptian officials arrested a prominent human rights lawyer and clamped down further on alternative media outlets.

Whereas the Obama administration represented a significant obstacle to their agenda, Saudi leaders believe the opening provided by Trump has given them the opportunity to settle a score many years in the making.

Qatar’s original sin was in attempting to forge a path independent of Saudi’s traditional hegemony in the region. Since the mid-1990s, Qatar has tried to escape the looming Saudi shadow, at times by developing even closer ties with traditional Saudi allies like the United States, which relocated its military’s Central Command to Qatar after 9/11 and used it to launch the 2003 invasion of Iraq.

At other times, Qatar supported the emergence of alternative centres of power around the region, launching the Al Jazeera network in 1996 with the aim of bringing to light views that had been largely suppressed by regional dictatorships, including those of the Islamist opposition.

Most of the current accusations against Qatar date back to the years leading up to and during the Arab Spring uprisings that began in 2010. Unlike its neighbours, Qatar lent its support for the removal of authoritarian regimes in Egypt and Tunisia, and generally endorsed the possibilities offered by a new era of political openness for repressed populations around the region.

That support was quite often channelled through Islamist parties poised to take power in democratic elections such as the Muslim Brotherhood in Egypt and the Ennahda Movement in Tunisia. Even amid questions surrounding Qatar’s actual motives for pursuing such a policy, or the fact that it stopped short of supporting the uprising in neighbouring Bahrain, Qatar was placed in the anti-establishment camp.

With the success of the counterrevolutionary wave and the total suppression of the Muslim Brotherhood in Egypt and much of the region, the movement has ceased to have any effect on the regional order, which highlights the question: “Why the current escalation?”

Along with punishing Qatar for past offences, this battle appears to be more about crushing the last vestiges of hope for any independent political thought in the Middle East.

That would explain why, in its supposed battle against “terrorism”, the Saudi-Emirati bloc would target internationally established media organisations and research institutions and seek to ban prominent Arab intellectuals and thinkers.

The demands issued by Saudi and Emirati leaders have little to do with fighting “terrorism” and everything to do with barring all forms of dissent in a region where the rise of violent opposition has often been linked to the absence of political freedoms.

In supporting these measures, the Trump administration has demonstrated that the “terrorist” label remains little more than a foreign policy tool of the US and its allies.

WHO DO MUSLIMS BELIEVE IN ?

How Israel is targeting Palestinian institutions