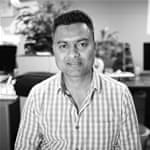 He has 16 million followers on Facebook, 150,000 on Twitter and has given more than 4,000 lectures on Islam across the world. But Zakir Abdul Karim Naik, the popular televangelist and Islamic preacher, is now wanted by the Indian authorities.

Problems arose for the preacher last summer, after Bangladeshi authorities said that one of the gunmen responsible for an attack on a cafe in the Bangladeshi capital, Dhaka, which left 22 people dead, had been inspired by him.

Bangladesh responded by banning Peace TV, an Islamic channel broadcast from Dubai which Naik founded in 2006 and which claims to reach 100 million people worldwide.

The 51-year-old denied supporting violence, releasing a video statement in which he said: “Killing innocent beings is the second major sin in Islam.”

But in November, India’s counterterrorism agency, the National Investigation Agency (NIA), filed a First Information Report, an official police complaint, against Naik and the Mumbai-based non-profit Islamic Research Foundation (IRF) that he founded in 1991, accusing him of indulging in unlawful activities and promoting religious hatred.

The Hindu nationalist government of Prime Minister Narendra Modiresponded by imposing a five-year ban on the IRF under the country’s anti-terror laws.

Naik’s lawyer, Mubeen Solkar, told Al Jazeera that he will “challenge the ban before an appropriate court”.

“We have got sufficient grounds to show that the ban was not only illegal but also unjustified and unwarranted,” he added.

India’s Enforcement Directorate, which investigates economic crimes, has accused the IRF of money laundering and closed its properties in Mumbai. An educational trust run by Naik has also been prevented from receiving funds from abroad.

Solkar denies that his client has been involved in money laundering. “All the transactions were done through banks and all the funds came through legal channels,” he said.

“There is nothing to show that any of the amounts would constitute proceeds of crime, which is a requirement under the PML Act [Prevention of Money Laundering Act].”

Where is Naik now?

Naik has not returned to India since last July.

His whereabouts are currently not known, although he has in recent months given interviews and conducted a press conference via Skype from Saudi Arabia, which has bestowed on him one of the country’s highest awards for “service to Islam”.

There have been rumours that he has been granted Saudi citizenship, but there has been no official confirmation of this.

He has offered to be questioned via video-conferencing, but the Indian authorities have refused, and earlier this month approached Interpol, the International Police Organisation, seeking his arrest and return to India.

Naik considers this to be part of a broader Indian government agenda.

In a subsequent open letter after the charges and ban, he wrote: “IRF and I were set up for a ban …. It is now proven that the decision to ban IRF was taken months ago and it was a communal decision. Before investigations were done, even before reports [were] submitted, the ban was already decided … Whether it was owing to my religion or some other reason does not matter. What matters now is that my work of 25 years – completely lawful work – has been banned. And that is the most unfortunate thing for this country.”

‘Hounded by the media’

His view is shared by many within India’s Muslim community, members of which have come under attack from far-right Hindu groups associated with Modi’s ruling Bharatiya Janata Party (BJP).

Kashif-ul-Huda is the editor of news website TwoCircles.net, which focuses on Muslim issues in India. He feels Naik has been targeted because he is a Muslim.

“Some of the statements of Zakir Naik are problematic and his style confrontational, but he never preached violence. His lectures were always open and recordings freely available,” he said.

“If such a person can be hounded by the Indian media without a shred of evidence, you can imagine what happens to lesser mortals who get arrested on trumped-up charges,” he added, alluding to a number of cases where Muslims have been jailed on terror charges only later to be found innocent.

But BJP spokesperson Nalin Kohli refuted the charges of bias and told Al Jazeera: “[The] Indian judicial system is known for its impartiality. It may be slow, but everyone gets justice eventually.

“India does not require [a] certificate of its secular identity from [Zakir] Naik, who is an absconder,” Kohli added.

Solkar, Naik’s lawyer, stressed that his client had not committed any offence under the anti-terror UAPA law.

Six months after the police complaint was filed, Solkar said “no charge-sheet has been filed so far before the NIA court”.

But Kohli from the BJP said that the charges and evidence against Naik are “significant”.

“That he has spoken in support of organisations engaged in gruesome terror is documented and available,” he added.

“If he has done no wrong he has nothing to fear. But if he absconds, he is only going to raise further questions about his conduct and evidence against him.”

The Indian authorities have previously accused Naik of influencing young people in southern Kerala state to join the Islamic State of Iraq and the Levant (ISIL, also known as ISIS). But Naik has denied these charges and has criticised ISIL, referring to it as the “anti-Islamic state”.

The doctor-turned-televangelist has been a figure of some controversy since the early 1990s.

Naik insists that his dawah work – the act of proselytising for Islam – is allowed by the constitution, which permits every citizen to follow and propagate their religion. But the issue of conversion remains controversial and several states have anti-conversion laws.

Some have accused Naik of using sectarian language, while parody videos making fun of what critics call his “illogical arguments” have been posted on YouTube.

There have been media reports that at one of his public talks he called on all Muslims to become terrorists – a statement Naik has said was taken out of context.

He has been denied a visa to the UK and Canada, while Malaysia has banned his lectures. Hindraf, a Malaysian minority rights group, is demanding that Malaysia cancel Naik’s permanent residency there.

Mohammad Reyaz, who teaches communication at Aliah University in Kolkata, explains that Naik began preaching at a time when India was witnessing a rise in far-right Hindu groups.

The medieval-era Babri mosque in the city of Ayodhya was demolished in 1992 by a Hindu nationalist mob, who wanted to build a temple in its place. The temple movement was spearheaded by Lal Krishna Advani – a one-time mentor of Prime Minister Modi.

Mumbai, Naik’s home city, was ravaged by religious riots in the aftermath of the mosque’s demolition, which left around 1,700 dead across the country, the majority Muslims.

“In the 1990s, after the demolition of Babri masjid [mosque], Muslims felt betrayed and dejected. Traditional clerics in those times – and even now – totally appeared out of sync with [the] time,” Reyaz explained.

“Naik filled the leadership vacuum and overnight turned into [a] messiah for young Muslim youth looking for some escape. He not only provided them [with] answers to all the Islamophobic questions Muslims had to face every day, but gave a new-found confidence in who they were.”

intelligence agencies have been wary of Peace TV as it propagates the Wahabi school of Islam.

“Naik being the face of this brand of Islam in India [he] became the easy target,” explained Reyaz.

“The Islamophobia has filtered down to a stage where all conservative Muslims are seen as possible terrorists; the distinction between conservatism and extremism has got blurred.”

BREAKING: Man Arrested After Trying To Ram Car Into Muslim Worshipers In Paris

"Holy" Bible : An encyclopedia of errors, fables, contradictions and assassination of characters

Bashir Lucas Samson Lukman - Wed 11 Shawwal 1441AH 3-6-2020AD
0
Sacha Baron Cohen may be very nasty but he is one of those actors who satires depict his knowledge of the society he lives...