Most of Myanmar’s military imports come from China, Russia, India, Israel and Ukraine.

READ MORE: A visual explainer to the Rohingya crisis in Myanmar

In 2012, as the country underwent a so-called democratic transition some of these sanctions were eased, though an EU arms embargo is still in effect.

The following graphic shows which countries have provided weaponry to Myanmar since 1990, and identifies China, Russia, India, Israel and Ukraine as its major arms suppliers. Majority of Myanmar’s fighter aircraft, armoured vehicles, guns and naval ships come from China, while Russia is the main provider of surface-to-air missiles. 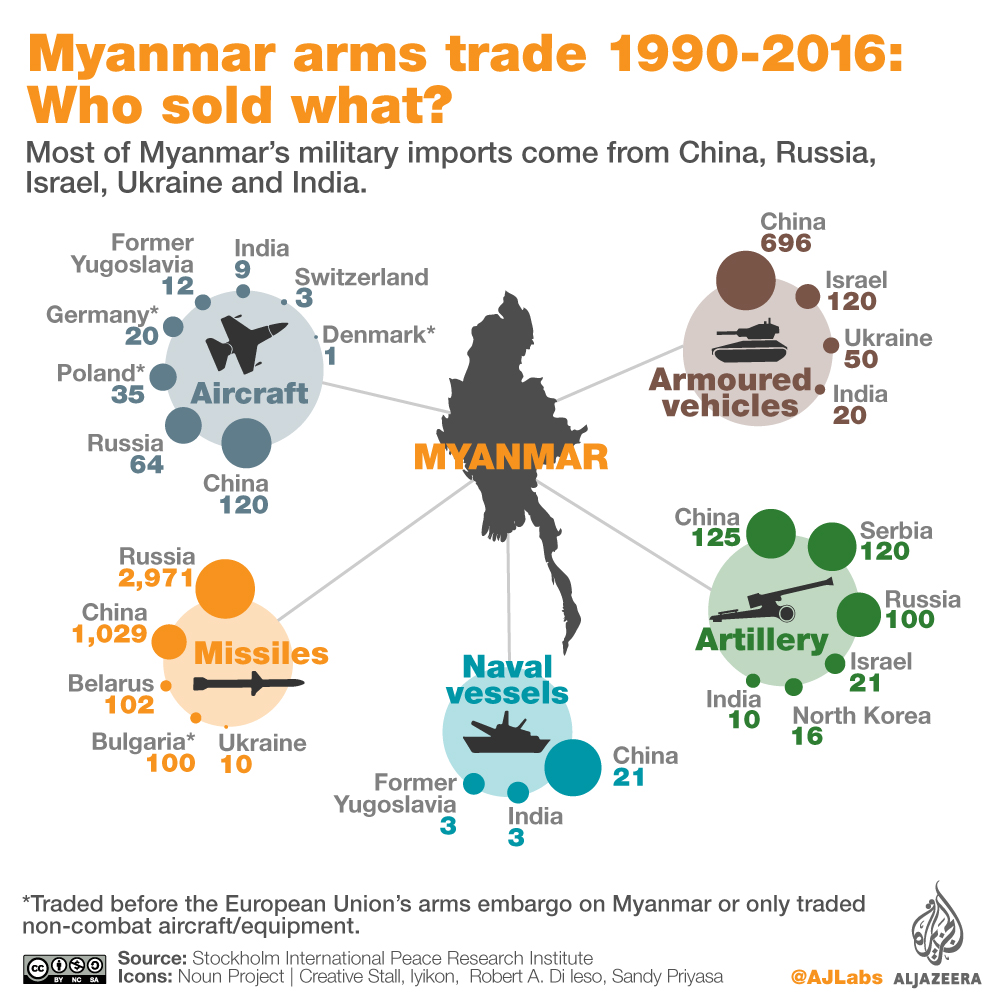 DAILY AHADITH: THAT WHICH WILL MAKE YOU BENEFIT THE PROPHET INTERCESSION

Why Jerusalem is not the capital of Israel

Who are the people of regret? Contd.