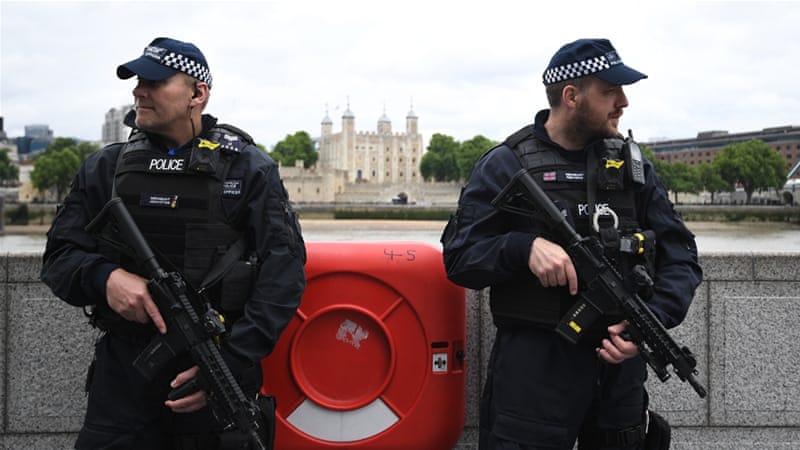 The British government has announced that it would not publish in full its report on the sources of “funding of extremism” in Britain, prompting opposition charges it was trying to protect its ally Saudi Arabia.

British Home Secretary Amber Rudd said on Wednesday that though some “extremist organisations” were receiving hundreds of thousands of dollars, she had decided against publishing the review in full.

“This is because of the volume of personal information it contains and for national security reasons,” she said in a written statement to parliament.

The report, commissioned by former Prime Minister David Cameron in November 2015, was handed to the government last year, and ministers have been under pressure to release its findings following three deadly attacks in Britain since March, which have been blamed on violent armed groups.

The review found the most common source of support for these organisations was from small, anonymous donations from people based in Britain, Rudd said.

But it also found overseas funding was a significant source of income for a small number of organisations.

“Some of these individuals have since become of extremist concern.”

Critics were quick to see a cover-up to shield Saudi Arabia, a powerful Gulf ally of Britain.

MP Caroline Lucas, coleader of the Green Party who has been pressing the government to release the full report, said the statement from Rudd was unacceptable.

“The statement gives absolutely no clue as to which countries foreign funding for extremism originates from – leaving the government open to further allegations of refusing to expose the role of Saudi Arabian money in terrorism in the UK,” she said.

On July 5, a report by the Henry Jackson Society think-tank said Saudis are the leading backers of “extremism” in the UK.

“While entities from across the Gulf and Iran have been guilty of advancing extremism, those in Saudi Arabia are undoubtedly at the top of the list,” Tom Wilson, a fellow at the Henry Jackson Society, said in the report.

According to the report, Saudi Arabia operates several large charities that fund education involved with their ideologies worldwide, including in Britain, spending at least $87bn on the programmes over the past 50 years.

After an attack on London Bridge in June, which killed at least seven people, opposition Labour leader Jeremy Corbyn also said Britain needed to have “some difficult conversations” with its ally Saudi Arabia and other Gulf states.

Misgoded Reading : Continuation of the contd.